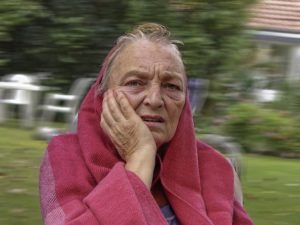 Most older women are prescribed statins that have high levels of blood cholesterol, but the effects of the drug have not been well-studied in this group as it seems was done in other groups.  There is currently a new study from Australia that find older women taking statins to lower cholesterol may have a significantly higher risk of developing diabetes. This research was conducted by a team at the University of Queensland (UQ) in Brisbane, Australia and is published in the journal Drugs & Aging.

More than 8,000 women aged 75 and over and taking statins had a 33% higher chance of being diagnosed with new-onset diabetes in the study.  Dr. Mark Jones, the lead author of the UQ School of Public Health says that statins are highly prescribed for this age group and there are few clinical trials studying how they actually affect these older women.  The majority of research is on 40 to 70 year old men and not the women.

This class of drug is designed to lower blood cholesterol, which is mostly made in the liver.  By reducing liver production of cholesterol is also helps the liver to remove cholesterol from the blood.  The body does need cholesterol, but if there is too much of it in the blood it can lead to a buildup of plaque in the walls of arteries that is a risk factor for stroke and heart disease. These are the leading causes of death for men and women in the United States.

To reduce or prevent unhealthy cholesterol levels we should start with changing our diet and increasing physical activity.  Dietary and lifestyle changes may be enough to keep some people’s cholesterol levels in check, but medication may be needed for others, especially if they have other risk factors for heart disease.  Several medications to lower cholesterol in the blood are available, but the ones most recommended as a cholesterol lowering drug linked to a reduced risk of heart attack and stroke are the statins.

There was a 10-fold increase in statin use by people aged 45 and over in the U.S. from 1988-1994 to 2005-2008.  There was also a corresponding drop in people with high cholesterol over this period, which may or may not be due to increased use of statins and other cholesterol-lowering drugs.  In a 2015 report from the Centers for Disease Control and Prevention (CDC) it concludes that fewer than half of people in the U.S. that are eligible to take cholesterol-lowering medications, are actually taking them.

Dr. Jones and his colleagues analyzed data on 8,372 women born between 1921 and 1926 who took part in regular surveys as part of the Australian Longitudinal Study on Women’s Health.  They were free of diabetes at the start of 2003 and the team assessed statin exposure based on prescriptions dispensed between 2002 and 2013. Upon following 10 years, the team found that 49% of the women had filled prescriptions for statins and 5% had begun treatment for new-onset diabetes.

It was revealed through statistical analysis that statin exposure was linked to a 33% higher risk of developing diabetes.  Up to 51% risk increase was shown for the highest dose of statin usage.

The team was most concerned to find this dose-response effect between statin use and risk of diabetes, as over the 10 years of study most of the women progressed to higher doses of statins.  Doctors and their elderly female patients should be aware of these findings and Dr. Jones urges those elderly women taking statins to be carefully and regularly monitored for increased blood glucose to ensure early detection and management of diabetes.

How We Monitor Progress: Xrays

How We Monitor Progress Part 1

Remember who you are: You are a Magnificent Human Being