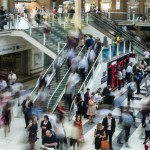 Why are so many people in the United States on pain killers? What is really happening to us? It seems Opioids are becoming the prescribed drug of choice for approximately 45 percent of Americans. In 1966 Oxycodon was introduced as being a safe long acting form of Percocet or Oxycodon. With this drug came a new type of marketing that had never been used before for pain medications.

Good compassionate doctors never want their patients in pain. They are doing what they feel is correct in helping the patient by prescribing what is supposed to be the best drugs on the market.

Use of these drugs are being driven by the marketing from the companies who produce them. Doctors are convinced by the drug companies selling the idea that they should be prescribing these drugs widely. Each drug company has their drug representative to go into the doctor’s office to teach the doctor all about the new drug. It is a systematic program to get the doctors to write the prescriptions. The doctors start prescribing the drug and they think they are doing the right thing because they think the information the drug company has given them is true and trustworthy. The drug reps get bonuses off of the doctor writing the prescriptions. I have worked for many years with doctors and have seen this to be true.

Doctors themselves have been abused by the drug marketing that is going on in America. Doctors are trying to do good but are being mislead. The company that makes Oxycotin actually paid a 634 million dollar fine in 2007 because they were claiming to the doctors that Oxycotin was not as addictive as other pain killers and that it would not cause dependence like the other pain medications. Last year alone Oxicotin brought in $ 2.5 billion dollars in revenue. That is only one drug statistic. Most people taking a pain killer is also taking another drug of some type. Think of the money being invested into the drug companies.

Doctors are too trusting in the drug companies. Drug companies need to open up the books and files on the clinical trials so everyone understands the truth of medical science and then the doctors can practice medicine the right way. Drug medical knowledge is now produced to generate profits. Profits are more important to the company than the safeness and well being of a human. Keep in mine that 85 percent of clinical trials are performed by the drug company itself. The true results are not made known to the public. Most of the time the results are not made available to the doctors who read the journals or even to the peer reviewers who approve the articles for the medical journals. Drug companies like to hold this information to themselves claiming it as proprietary information. The doctors are trusting that the information they are receiving is true and reliable. The drug companies are trying to make as much money as possible to pay their overhead, expenses, and lets not forget the shareholders. These drug companies need to be made to show the public more proof of the true results of their clinical trials. If this were to happen, maybe we would see less on the TV about how many heart attacks and deaths have occurred due to certain medications. Perhaps then people would not need to hire attorneys to file law suits against their doctors and the dug companies. Lets get down to the root cause of problems.

Dr. John Abramson, author of Overdosed America, The Broken Promise of American Medicine, stated in an interview with George Norey, “There is a growing problem of prescription drug abuse. The abuse of painkillers is out of control, and its one of the biggest health problems we’ve got. Oxycontin really ushered in a new era of pain prescription drug abuse in the US, with doctors convinced by marketing efforts of pharmaceutical companies to write more prescriptions for this drug. Now marketing and money making have taken precedence over people’s well being.”

10 “Healthy” Foods That May Actually Harm Your Health

Don’t fall for these ten “healthy foods” that are junk foods in disguise. Commercial salad dressings As many of us already know, vegetables are an abundant source of vitamins and min...

Cholesterol: Is it Good or Bad?

25 Online Resources to Help You Survive the “New Normal”