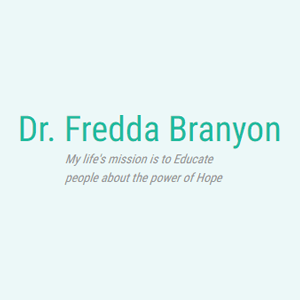 Toxins In Our Environment- Part 2

Toxins In Our Environment- Part 2

There is a signiﬁcant evidence that pesticides may weaken the immune system for people with increased levels in their bodies. There are also thousands of physicians around the world who acknowledged the effects of environmental pollutants on human health and are testing patients accordingly. Many of these doctors reported major clinical improvement in patients who reduce their body burden of chemical toxins.

Recent studies in the medical literature have shown that the rate of cancers not associated with smoking is higher for those born after 1940 than before. It was believed that this increase in cancer rate is due to environmental factors other than smoking. New medical diagnoses such as sick building syndrome and multiple chemical sensitivity point to the inﬂuence of environmental chemicals. Many doctors believe that puzzling illnesses like chronic fatigue syndrome and ﬁbromyalgia may in some ways be partly due to chemical toxins and heavy metals.

It will take some time to get the ﬁnal proof on chemicals and immune suppression, if ever the truth will be told. In the meantime, it is a good idea to be cautious and limit consumption of these potent chemicals. For people who are having health problems, it might be good to consider eliminating them altogether. I encourage you not to take my word for any of what I say, but start doing your own research. It is easy to ﬁnd things on the internet now and you can read many studies proving what I am saying.

The ﬁrst step to reducing our intake of chemical toxins is to eliminate them from our diet. Yes, that’s hard to do. If you live in an area where you can grow your own fruits and vegetables, that is wonderful. My specialty is growing weeds!

The FDA has implemented the Total Diet Survey for some time now. The survey looks for many different chemicals in our foods and the results for chlorinated pesticides are alarming. The Alternative Medicine Review, vol 5, number 12000, published an article titled “The Human Burden of Environmental Toxins and Their Common Health Effects”. This article talked about how DDE (chlorinated pesticide) was found in 100% of samples of raisins, spinach (fresh and frozen), chili con carne (beef and bean), and beef. DDE was found in 93% of American processed cheese, hamburger, hot dogs, bologna, collards, chicken, turkey, and ice cream sandwiches. It was also found in 87% of lamb chops, salami, canned spinach, meatloaf, and butter and in 81% of samples of cheddar cheese, pork sausage, white sauce, and creamed spinach.

The United States banned both DDT and DDE in 1972, so some of this contamination must be coming from foods imported from other countries. These chemicals are volatile, which means that they enter the air and are carried around the earth by the wind, eventually landing on plants and crops.

The twelve most contaminated fruits and vegetables containing these toxins are:

One way to try to reduce toxic chemical intake for yourself and family, is to buy organic produce whenever possible. Be sure to wash all fruits and vegetables thoroughly with one of the commercial washes designed to remove polluting chemicals. Try to drink puriﬁed water (glass bottles are the best) or invest in a home water puriﬁcation system.

So, the issue of chemical toxins in our food is a disturbing problem which affects us all whether we realize it or not. The ultimate resolution of this massive problem lies at the global government regulations, but in the meantime, it is essential that we do what we can to reduce the intake of these deadly chemicals. Let’s try to reduce the cancer rates in ourselves, our family, our loved ones, and friends. This is the start of Preventive Medicine.

Managing Online Class: How Teens Can Manage Stress and Burnout

Is it Bad to Stay Indoors All Day?

How to Lower Your Child’s Odds of Getting Lice